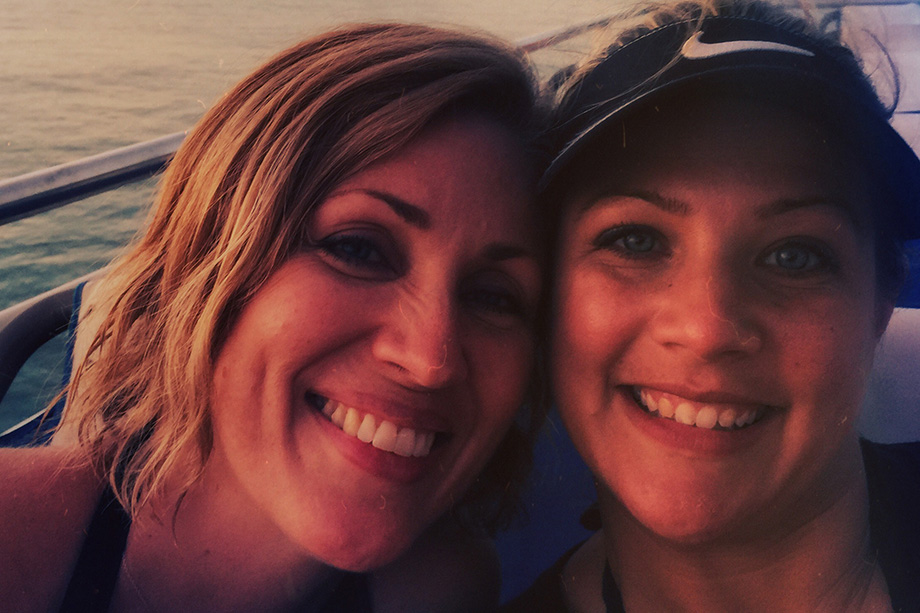 I recently updated the website, and instead of adding a page about 680 & Co., it occurred to me that the shop is constantly evolving. I can tell you how it started, but it’s changed since then. The story was getting really long, and quite frankly kind of stale and boring so I’ll save you from reading it and just jump to the good parts.

Brandy and I used to work for a big company.

I had 13 managers in 12 years. I think it was probably the same for her. For a while we were kind of left to our own devices to manage an online training website. Half the company didn’t even know it existed. The other half didn’t care if it lived or died. It had so many problems that Brandy would call me every morning to see what we had to fix and which client was angry. To deal with it all we just made jokes about everything. We’d laugh and say, “that should be a t-shirt!” Finally we started really making t-shirts.

You should never ask a woman her age, but I will divulge that I was born in 1968, and she was born in 1980. Do not do the math. The point is, that 68-80 became 680, and Six Eighty & Co. was born. She was the sales mastermind and I had total creative freedom, which was seriously lacking. I think if they could have moved me to the basement and stolen my stapler, they would have. Six Eighty & Co. gave us something to look forward to. It was the bright spot in our day.

My niece was a natural in front of the camera, and you’ll see her lovely smiling face in many of the photos. She was also much better at social media than I was at the time, and for a while she took over the Instagram feed, adding her own flair. I did manage to wrangle my son and several other nieces into my photo shoots. They have been very good sports about the whole thing.

We started Six Eighty & Co. in 2016. It’s hard to believe that was six years ago! Since then, both Brandy and I have left our original corporate jobs. She took another full time job, and blended her family with her long time partner. She’s happy, but busy and decided to leave the t-shirt making to me.

My studio is in North Georgia. In addition to designing apparel and accessories for Six Eighty & Co., I also design logos, marketing materials and websites through Shannon Gomez Creative. If you need a logo or a new website, I’d love to chat!

” The truth is of course that there is no journey. We are arriving and departing at the same time.